Nowadays young people live in a world where information exchange is not something only journalists do, but anybody who enters the sphere of social networking site, blogs, smartphones and messaging systems.  Thanks to the media clubs which are established, the youngsters from 9 countries acquire knowledge and skills needed to be on top of it.

Foundation For Polish Community together with a Lithuanian partner - John Paul II Gymnasium in Vilnius is conducting a project Similarities in Variety, financed by the European Union programme Erasmus+.  The project concerns media education of young migrant people, coming from multicultural background form the east.

A series of international workshops and meetings has been attended by pupils of a Vilnius Gymnasium and pupils from Ukraine, Belarus, Moldova, Russia, Kazakhstan, Uzbekistan, Armenia and Georgia who go to Liceum Polonijne in Warsaw and who are looked after by the For Polonia Foundation. 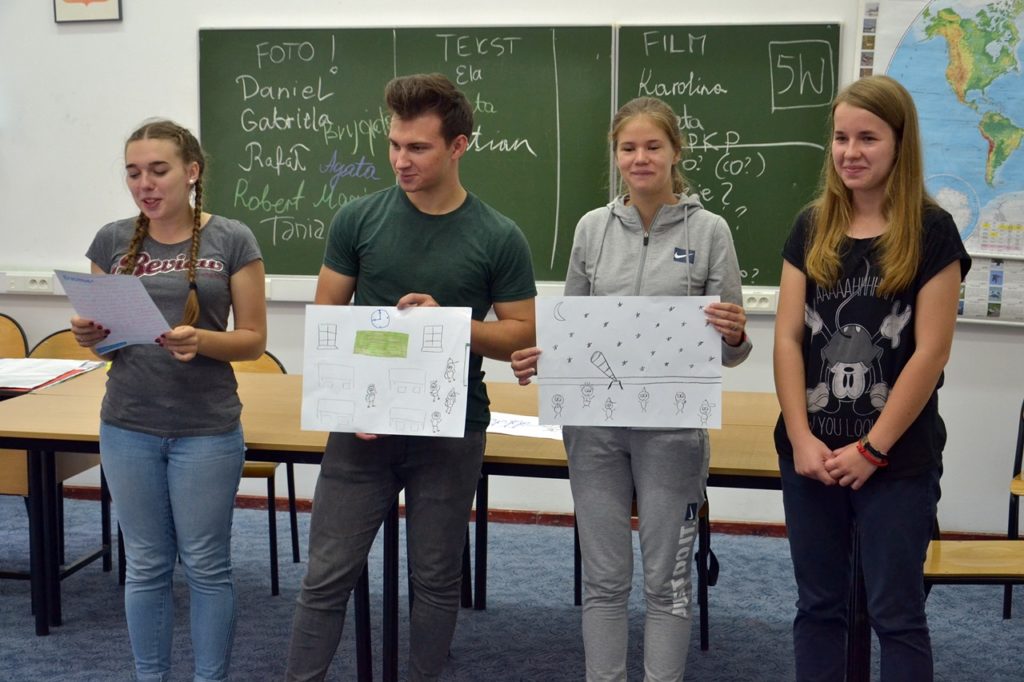 The main aim of the project is to enrich the education process of the Polish and Lithuanian partners with an informal element, learning through experience, which should lead to creativity burst in the young.

Participants of the project are multicultural personalities interacting with one another; they are citizens of many different countries with various traditions, upbringing and systems of education. Thus the young learn to be open and tolerant by exchanging what is valuable in their cultures. The young people are legally staying and learning in Poland with roots in post-soviet republics, including: Armenia, Belarus, Georgia, Kazakhstan, Moldova, Russia, Ukraine and Uzbekistan.

The multicultural environment of the Vilnius Gymnasium brings Poles, Russians, Lithuanians and Karaimi.  This mix of attitudes, languages, religious traditions makes it necessary to modify and enrich the school education.

The western communication is greatly based on electronic media, and this applies not only to mass media but social media as well.  Being able to create presentations, films, photographs, memes, posting on social media, presenting consise  ideas are an asset both in peer  circles but in your school and professional life. 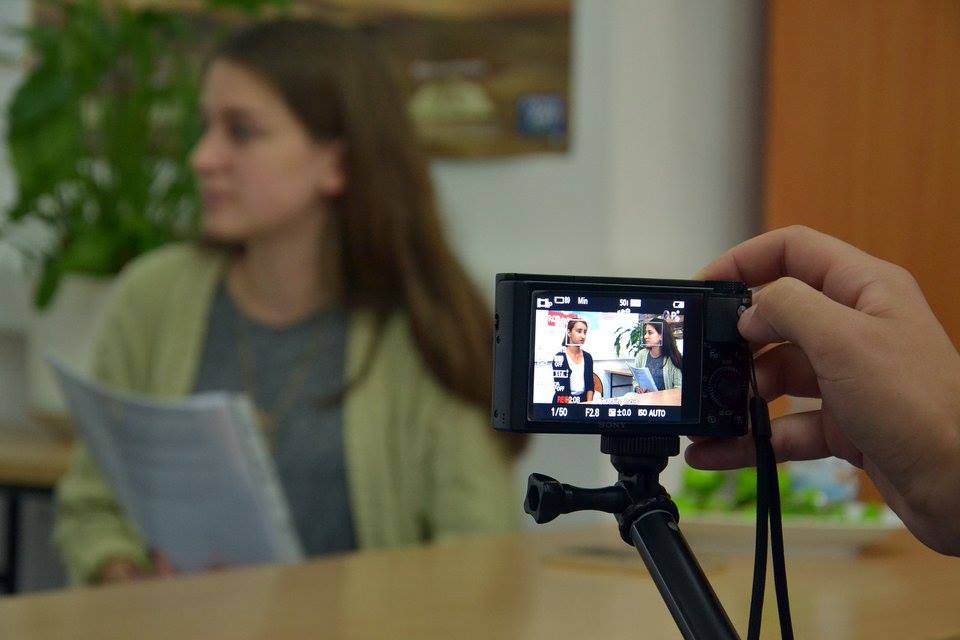 The point of the project is to set up Young people's Media Clubs preceded by language and media workshops. A group of selected youngsters who are especially interested in the media, after a club is established , will continue learning new skills and share them with their classmates.

The idea of the clubs originated from observing how much the young are active in electronic media and at the same time how sometimes incompetent they feel when it comes to creating multimedia feed.  Once we asked them about their expectations, it became clear they wanted to be more media savvy and that some of them would like to become professional press, TV or radio journalists in future.

An additional aspect of the project is to make the immigrant young people from the east aware of the rules prevalent in Poland and the EU in such a way that they adapt and function easily both as citizens and as professionals.  Participation of people from numerous countries will not only make the point of view richer, but will also lead to creation of materials and e-learning tools useful to young people's assimilation within the UE.

"Similarities in variety. Media education of Migrant Teenagers from Multicultural Background" project is financed by the European Union as part of the Erasmus+ programme.

Materials presented on this site are private views of their authors and do not represent that of the European Union or Erasmus+ National Agency.